Gardens of the world

The Recreational Park Marzahn arose from the horticultural show “Berliner Gartenschau” (1987) and presents garden art from around the world. Nine exotic garden worlds were designed and built by architects and artisans from the respective countries using original materials.In October 2000, the first attraction, the Chinese “Garden of the Reclaimed Moon”, was opened to the public after a four year construction period. With its 2.7 hectares, it is the largest Chinese Garden in Europe. It was developed in very close cooperation with Berlin’s sister city Peking. The garden was designed exclusively by Chinese landscape architects and all materials – even the impressive Tai-Hu stones – were imported from China. All the construction work was carried out by Chinese artisans. Therefore, the garden is completely authentic.A self-enclosed garden world with a pavilion, ponds, waterscapes, a Zen garden and impressive ornamental rocks has been enchanting visitors to the Recreational Park since 2003. The Japanese “Garden of Merging Water” also features typical Japanese plants such as Japanese maple, Japanese flowering dogwoods and Japanese lavender heather.Protected in a glasshouse, the Balinese “Garden of the Three Harmonies” presents a section of a traditional Balinese housing complex surrounded by tropical flora.The Oriental “Garden of the Four Streams” was designed as a riyậd or garden atrium and represents the garden traditions of several oriental countries. It contains waterscapes as well as a wide variety of exotic plants and is, in combination with the “Reception Hall”, a typical Arab building complex.The Korean “Seoul Garden” was a generous gift from the city of Seoul to Berlin. It occupies an area of 4,000 square metres and boasts a diverse naturalistic landscape, courtyards, elaborate decorative figures and a pavilion.Serving as examples of European garden art, a Hampton Court-style maze and a labyrinth, similar to the one at Chartres Cathedral in France, were opened in 2007. The maze, consisting of yew hedges taller than the height of a person, is sited next to a paved labyrinth. This gives the visitors the opportunity to discover the differences between these two forms.The Karl Foerster Perennial Garden was renewed, expanded and reopened in March 2008. It is a place of beauty and reconciliation with nature in keeping with the ideas of Karl Foerster, the shrub grower and garden philosopher from Potsdam-Bornim of the early 20thcentury.The Italian Renaissance Garden is not just a representation of garden art from another European country but also a journey back in time to another century. Box tree topiary, artfully laid out paths, stone benches, statuary and numerous potted plants in terracotta containers convey the visitors the unique magic of Tuscany’s famous villa gardens.In April 2011, the Christian Garden was opened. Its design concept is based on the prototype of the cloister garden; however, was translated into a modern language of symbols, forms and characters. 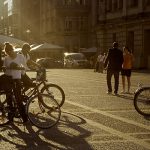